Hiring continued to surge in November as 321,000 jobs were added, making November the best one-month gain for jobs in three years, according to the Labor Department. The unemployment rate, at 5.8%, is down from 7% this time last year.

CNN Money is calling 2014 the strongest year for job growth since before the turn of the century. Economists predict that employers will adjust wage growth into the new year to respond to the candidate-driven marketplace.

The U.S. economy has been gaining an average of 224,000 jobs a month for the past 12 months, which is considered ‘strong growth,’ according to CNN Money.

Fore more information on the state of hiring, see our post about the Top 10 Jobs for 2015.

The right people, empowered to perform. 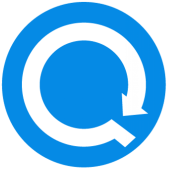 A New Skilled Labor is Blurring the Lines in Today’s Workforce.

How to Use Instagram as Your Go-To Recruiting Tool